Spices give life to a dish. It makes mealtime memorable. Let us take you on a beautiful, flavourful, spicy trip helping you understand the various spices nature has to offer, and yea, come, fall in love with South Indian Cuisine!
Indian food can never be devoid of the varied spices that go into creating the delectable magic. Spices are not used to make the food fiery hot, but it makes the dish distinct and wonderfully aromatic. So much so that these aromatic beauties have persuaded the Kerala government to plan a spice museum! The museum will also showcase over 30 raw spices and culinary herbs and show how they are cultivated, processed, stored and quality assessed. There will be
paintings, pictures, brochures and books. Visitors will be able to buy authentic Indian spices.

Spices are also used for health benefits and medicinal purposes, to prevent diseases and to preserve food. Let’s take a look at some of the spices that colour the culinary adventures of cooks across South India.

Each spice has its own identity, is unique in colour, flavor and medicinal properties. 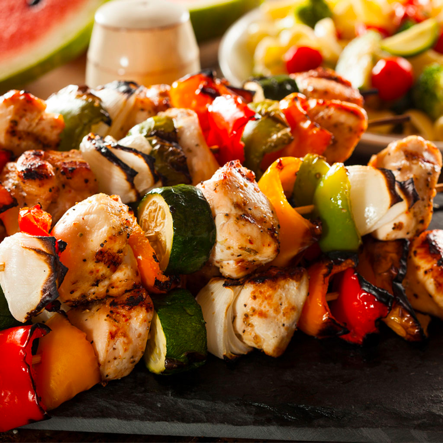 Cumin provides a distinct and pleasant taste and is the second most used herb in the world after black pepper.With plenty of antimicrobial properties it has been used to reduce flatulence. It is even added to many concoctions that are given in case of cough or cold. Roasted Jeera or spluttered jeera give an aromatic flavor to dishes. It is an important ingredient in Garam Masala. Jeera helps in digestion; and is known for its curing properties for asthma and cold.

Gingerly yellow, turmeric is a spice that has coloured Indian curries for thousands of years! This golden coloured strongly flavored spice, has been celebrated for centuries as both food and medicine, as it contains curcumin, the healing substance which supplies its vibrant color. With significant anti-inflammatory properties that can give ibuprofen a complex! Turmeric has no toxic effects on the body. It has powerful antioxidant properties that protect healthy cells and helps to lower cholesterol and prevent heart disease.Turmeric has an earthy consistency, a warm aroma and taste and is mainly used for its flavor and color. Turmeric will always be the golden ingredient in almost every Indian palate!

This chatpata spice that playfully rolls off surfaces it is placed on, is one must-have in every Indian home.It is the main ingredient for tempering in any south Indian dish. There is a general belief that it wards off any toxins in the dish. The mustard seeds are spluttered in hot oil. These seeds are added to pickles. Like other spices, mustard also has many medicinal values. Mustard seeds emerged from our food ranking system as an excellent source of selenium, a nutrient that has been shown to help reduce the severity of asthma, decrease some of the symptoms of rheumatoid arthritis, and help prevent cancer. They also qualify as a good source of magnesium.

Ever felt an excruciating stomach pain? Ever walked in to your mom’s kitchen asking her what was cooking?Coriander seeds perhaps are one of the most common spices used in most Indian homes. With a strong aromatic flavor, roasted and powdered coriander seeds gives fantastic flavour to the food. This is the main ingredient in many ready made powders like Sambar Powder, chicken masalas, coconut curries etc., In everyday cooking, south Indians add these seeds to the fresh masalas. It is added in many subzis prepared across the country. Fresh coriander leaves added to any curry gives it the most colourful contrast and flavor. Coriander seeds taken with water, cure stomach disorders. It is an aromatic spice that is usually ground and used on its own in curries or in a spice blend.

Blessed with multiple medicinal properties, this little black round beauties help in fighting and curing cough, cold, and other infections. A spice with diuretic properties it helps our body to sweat right, thereby aiding the expulsion of toxins in the body. It is one of the magical ingredients in garam masala and is used to give dishes a piquancy that is different from chilies. Brahmins avoid taking red chillies on certain auspicious days. A spice with a strong flavor, black pepper is extensively used around the world. But remember not to take too much of it! It is not one that can be over eaten!

Pungent and unpleasant! This is the first impression you get of this spice that is extensively used across thesouthern states. Sap from stem and root of a plant, dried into a hard resin, it is extremely unpleasant that it is often called the ‘devils dung’. The primary pungent smellmellows and almost disappears, replaced by a smoothpleasant flavor when it is added to hot oil or ghee.It is always better to isolate this spice and store in an airtightcontainer, as the pungent smell tends to seep into other spices.

Hing or Asafoetida is used for seasoning and has medicinal properties and is for stomach ache and whopping cough. A little goes a long way when it comes to this spice; so only a tiny bit when seasoning and tempering to flavor food. It is used along with mustard seeds for almost everything we prepare in South India. Right from chutneys to sambars, we add a pinch of hing to everything.

Red-hot chilli powder adds heat to a dish. Beta Carotene present in red chillies has an antioxidant effect. The Kashmiri red chilli adds a distinct red color to the dish along with the spice. Red chili is usually added aftermost ingredients are added. Some dishes call for whole red chilies, while most others for the ground powder. Just add the whole red chilies to the grinder and grind to a fine powder. Again, you can store and use this powder for few months. Here’s a tip for you – when seasoning your curry, add a few dried whole red chillies to hot oil and splutter them to find lip-smacking spicy red chillies in your rice!

Aromatic, green and beautiful, the Curry-leaves tree hasaromatic leavescommonly used in South Indian cuisine. We usually find fresh leaves in Indian grocery stores or people also grow this plant in a small pot. But if youdon’t have access to fresh leaves, youcan buy these dried leaves.They are usually added as one of the first things to the oil along with mustard seeds.It is said that curry leaves are sprayed with poisonous pesticides and it is important that they are washed well before use.

Ever heard of Elaichi Chai? Elaichi or cardamom is India’s favourite addition to spice up their tea! Indians use this spice in sweets and curries and even in the Indian pulao. Cardomom is known for itsremedial properties in stomach ailments. It is used in sweet preparations and theaddition of just this one
spice brings a tremendous change in the taste of a dish. Spice exportersexport two types of cardamom. These are black and green cardamom. The green variety is common and used in desserts as well in savory dishes. It is one of the main ingredients is the famous Indian garam masala. Black cardamom is quite flavourful and hence, used minimally. Usually, just the seeds and not the pod is used.Green Cardamom is the world’s third-most expensive spice, surpassed in price per weight only by vanilla and saffron. When adding this to a savory dish, just open the pods and add them to the oil initially along with other whole spices such as cloves.

A simple bark of a tree, this unassuming spice is a surprise among the spices! It has a very refreshing flavour and has many medicinal properties. Indians use this extensively right from relief for diarrhea, common cold to menstruation weakness to weight loss!Cinnamonis used in both sweet and savory foods.It is commonly used for sweet foods all over the world, but in Indian cooking cinnamon is also used for savory foods. The flavor of cinnamon is due to an aromatic essential oil that makes up 0.5 – 1% of its composition.Cinnamon is sautéed inoil for many Indian dishes.

It is one of the most important ingredients in the famous Madras curry powder. It is responsible for imparting the curry flavor to the powder. The fragrance of the fenugreek seeds is quite potent and hence, should be used in limited quantity. Fenugreek is used as an herb or as aspice. Kasuri Methi are dried leaves of the fenugreek plant. They are used in Indian cooking and taste similar to a combination of celery and fennel with a slightly bitter bite. Typically the leaves are crumbled and sprinkled over meat and vegetable curries before serving.